Charles Lefrancois was in a calm and focussed mood from the off and he worked with us all to settle our new ‘young gun’ Nico Dercourt into his role in the team as he was racing a 250 for the first time in over 2 years.

Arenacross UK is a different sport and challenge to anyone new coming in and there is a very steep learning curve so we worked hard to get Nico comfortable in the format and ready to give his maximum which as it turns out is simply always the case with this young charger!

Our bikes once again reached a new levels as we have worked 24/7 in the short build up to the series to make our RM-Z250SR and RM-Z450SR race bikes absolutely perfect for the guys. With one unfortunate twist in the preparation Nico’s HRS SR75 Race Suspension was held up in the airport system in France and never made it to the race but as always we worked and made everything work. 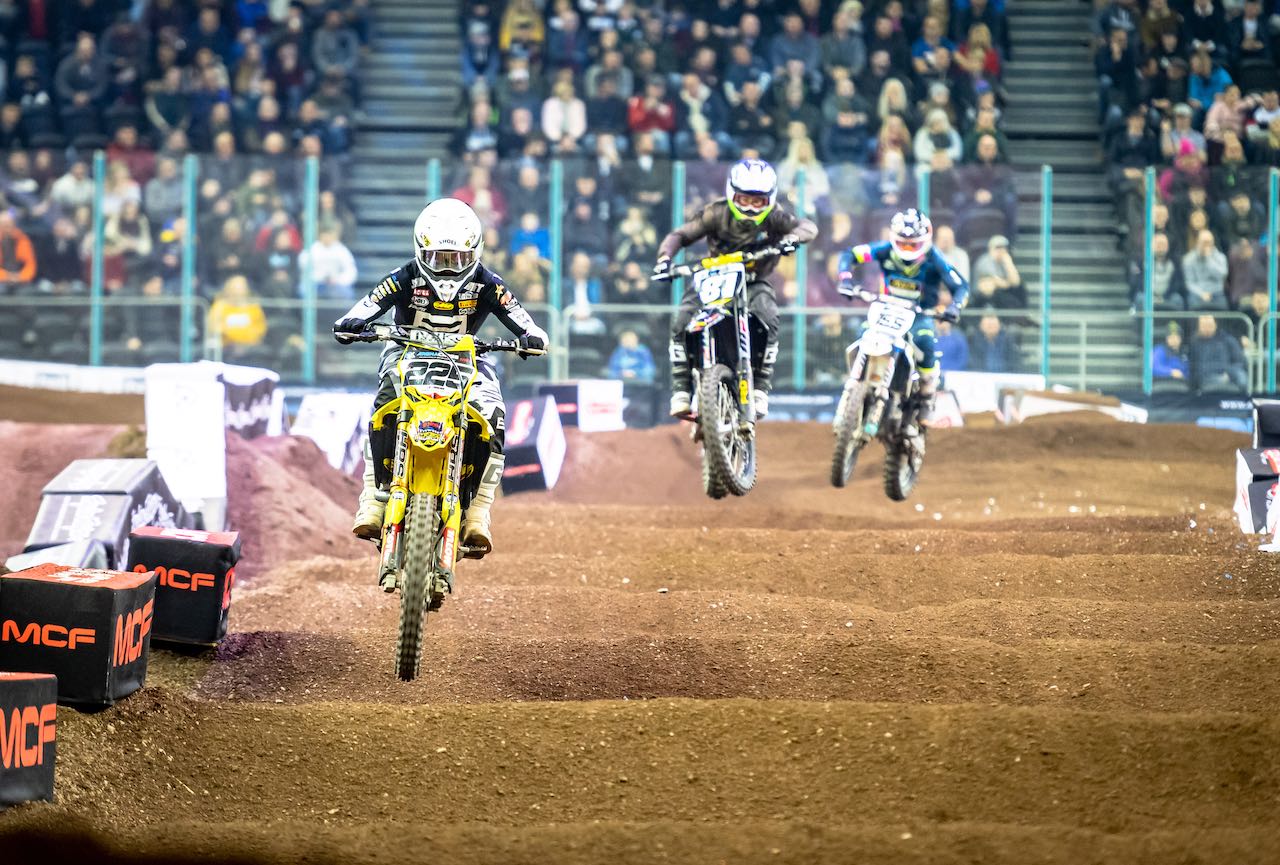 Both Charles and Nico dialled the track in during the free training sessions and pushed as hard as possible without going over the edge on day one. Qualifying 3rd and 6th respectively in 450 and 250 classes.

With the race format being two 250 finals and two 450 finals followed by the the top 5 points scorers form each class plus the winner of the head to head races and the winner of the Last Chance Qualifier as the 12 racers in the Superfinal it was vital to race hard every fine to make the points stack up.

Nico took an unfortunate crash off the start in final number one which would of Course have a knock on effect as he battled through the pack in both finals to make it to 6th overall in the 250 class and ending up 2nd to Angelo Pelligrini in the LCQ therefore just missing out on the Superfinal but managing good points in the overall 250 AX Class Championship.

Charles took command early in the first 450 final and dominated the race to take an absolutely fantastic victory. A small mistake on the final corner cost Charles a place in the second final taking him to the superficial as the 3rd place qualifier in the 450 Championship going into the Superfinal where the big points are available for the racers and teams.

Charles made a great start considering he had one of the last choices on the start gate and he controlled his RM-Z450 on the ever changing track to stay within his limits running in a podium 3rd place and first 450 to the chequered flag for a brilliant podium performance and was presented with the red number 1 AXUK leaders plate for victory on the night in the 450 AX Championship to take an early lead. 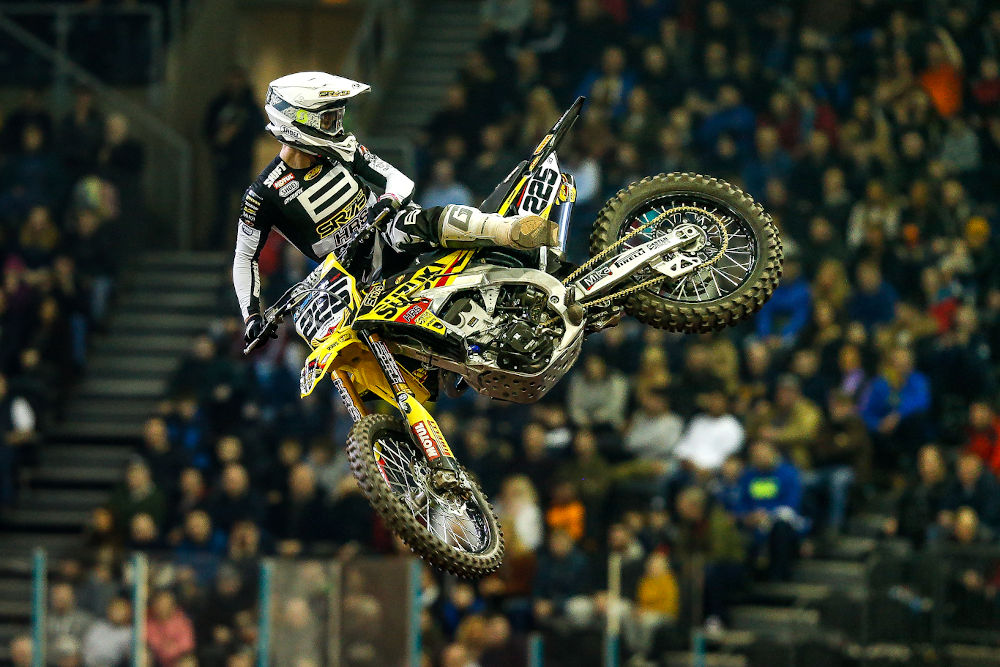 To say the guys were fired up for Round 2 was an understatement and with the AXUK crew changing the track to make a new challenge we were all buzzing to bring another solid days progress and success for everyone involved in the team and for the inedible race fans of Northern Ireland.

Both guys were into their stride and looking smooth and fast with Nico getting faster by the session as he gelled more and more with the bike and track.

Charles would end up 2nd overall after the two timed sessions with Nico progressing to fifth in the 250 class.

Nico knew he had to aim for top 5 places to make a direct qualification and he pushed after a tough first lap which seen him drop back a few places in the first 250 Final… As we are learning from this young man he posses a fantastic ‘never back down’ attitude and he fought his way back in sight of a fourth place finish only to take a tumble when making a pass. 6thin the first final and Nico blasted out to another start and battled hard in the 2nd 250 Final where he wasn’t to be denied as he made a great solid last lap move for a top 5 automatic qualification into the Superfinal while gaining valuable points in the 250 AX Championship.

Charles was riding with great control and he raced to a smooth 2nd position in the first 450 Final showing great speed.

Final number 2 and there was no stopping Charles as he took off to a great start and commanded the lead while testing line choices and feeling his way into the top qualifying 450 position and 6th gate pick for the Superfinal.

Charles absolutely blasted the start on his RM-Z450SR machine to take the holeshot and the lead. The level, controlled speed the CL225 showed as he reeled of the laps was incredible as he showed everyone what he is capable of with a show of force and smooth racing, back in the pack and the never say die attitude of Nico was on show. This young man never gave up and kept his head down making moves and progressing through the high class field as he battled into the top 5 in the final lap as Charles was setting up to take an insane victory in front of the packed SSE Arena…. To say Charles and Nico were happy is an understatement as they showed their passion and emotion after a brilliant nights racing. 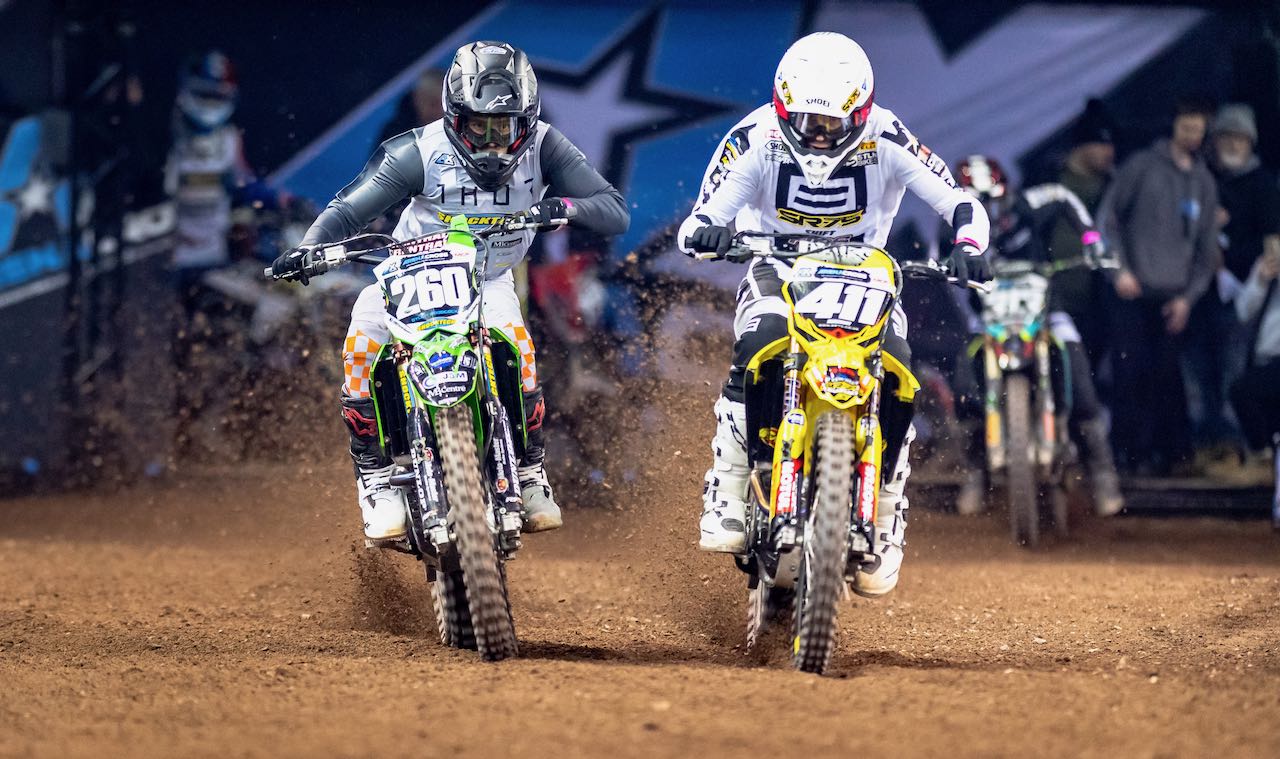 “I am very very very happy…. I feel good as I make a good focus and I feel great on my awesome bike for these 2 nights racing. My bike and my team have been perfect and I am so happy for this result and for this Superfinal Victory. I cannot believe how loud the fans are here in Belfast tonight and it is a pleasure to make a great performance for everyone here and for our team. Thanks to Jerome, Paul and Tony for working with me this weekend and also everyone involved and I cannot wait to get to Birmingham and race rounds 3 and 4 of this Championship”

“I am a little disappointed with my first night and I know tonight I had to make progress. I fight every lap and I am more used to my bike after the small trouble with my suspension not arriving. The team work hard for me and we all work together and this is a fantastic experience for me. I thank Jerome, Paul and Tony and everyone at SR75 as it was awesome to finish 5th tonight and show I will always fight every second every race. It has been fantastic to race here in Belfast for Arenacross and I look forward to Birmingham”

“I am incredibly happy with the guys over the last 2 days as we have had a few things to smooth out and everyone has pulled together as we do to push hard for success to the level we require. Charles has been on a new level and his professionalism is showing through as he elevates himself to Championship contender after collecting his 450 leaders plate both nights here in my homeland. Nico is feeling his way with the 250 and progressing every lap and for him to make a top 5 in the superfinal was off the scale cool as he never gives up. The team has worked so hard for these results and you can see how much it means to the riders and everyone by the reaction of the victory tonight. That’s unreal. Thanks as always to everyone involved in what we do, to our team sponsors and partners an to AXUK for the show” 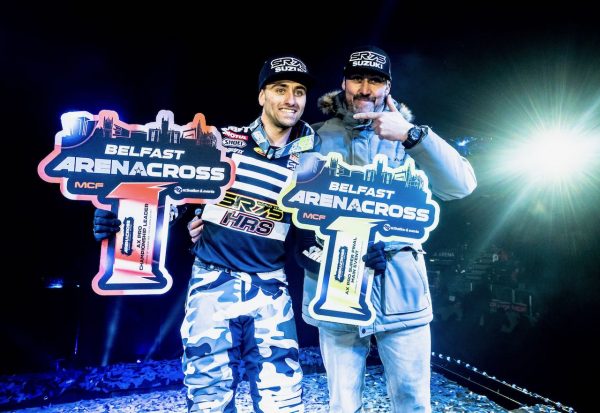 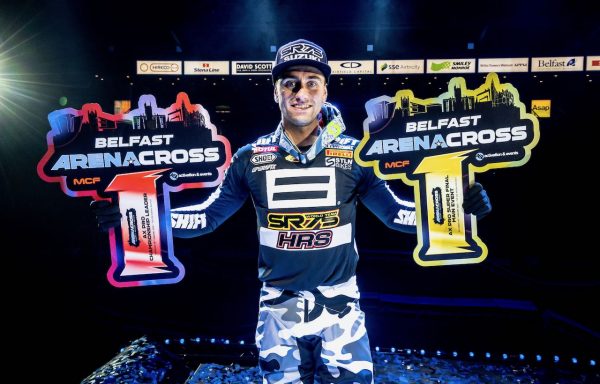 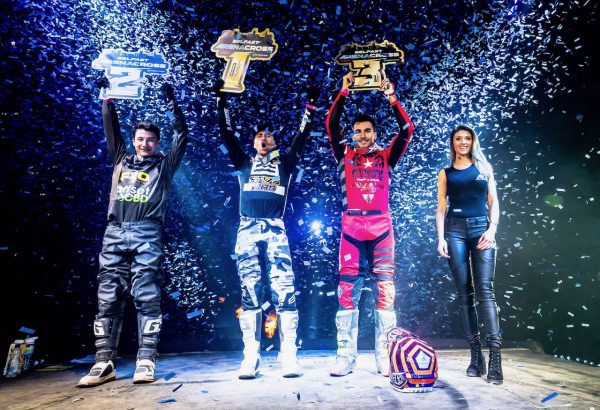 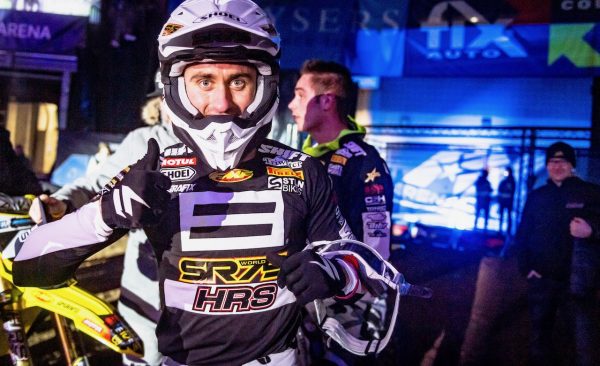 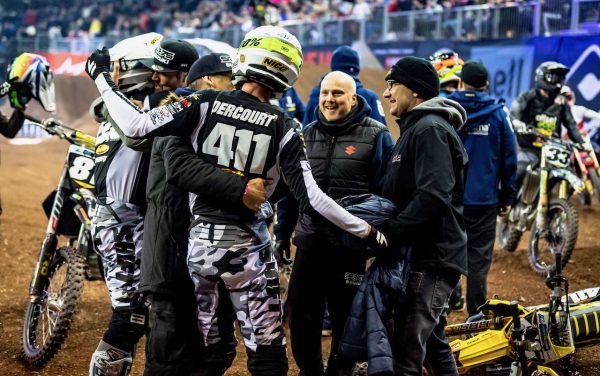 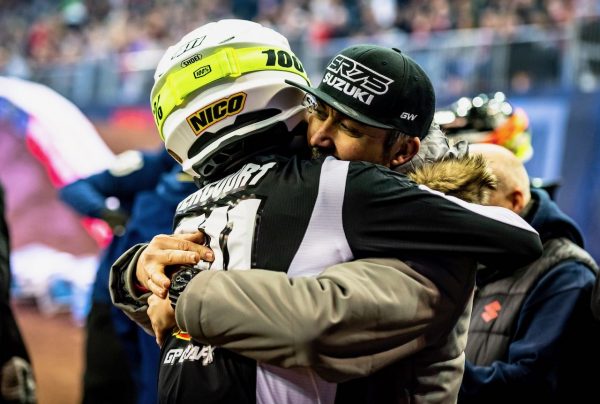 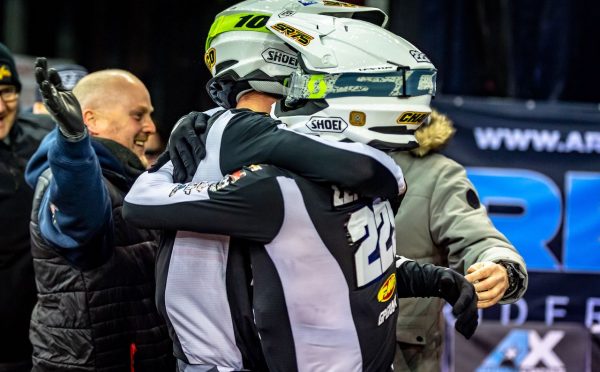 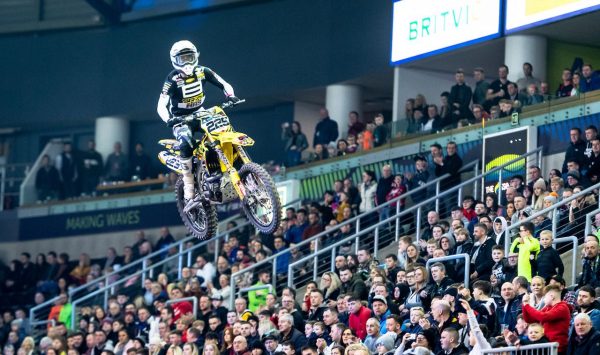 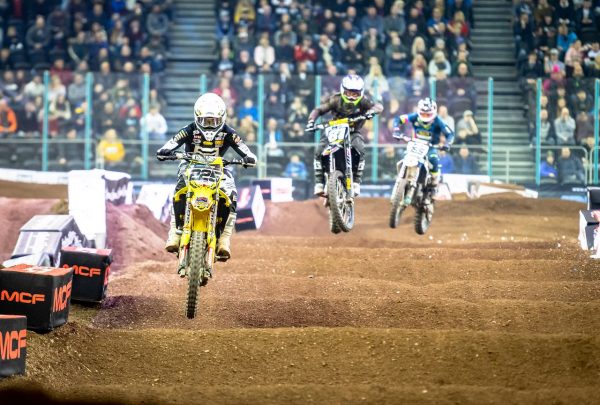 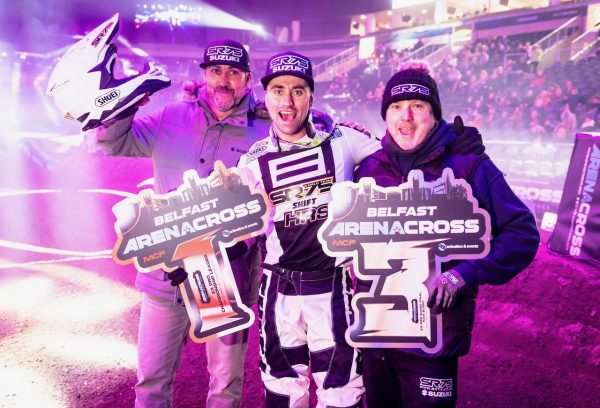 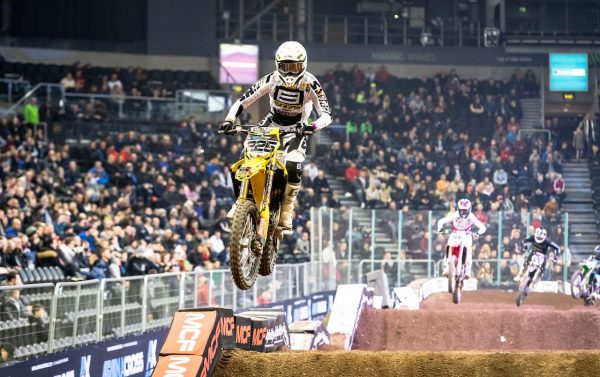 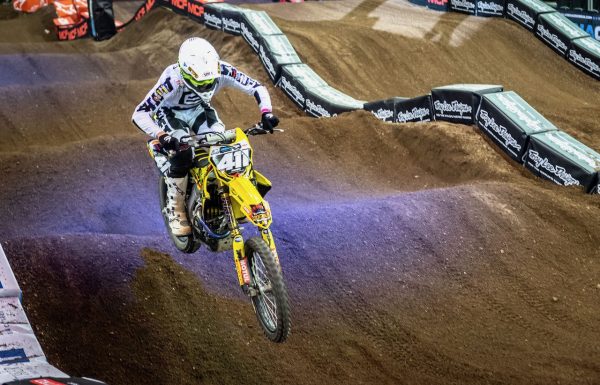 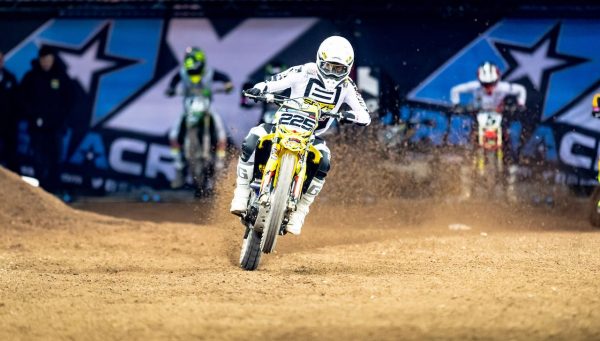 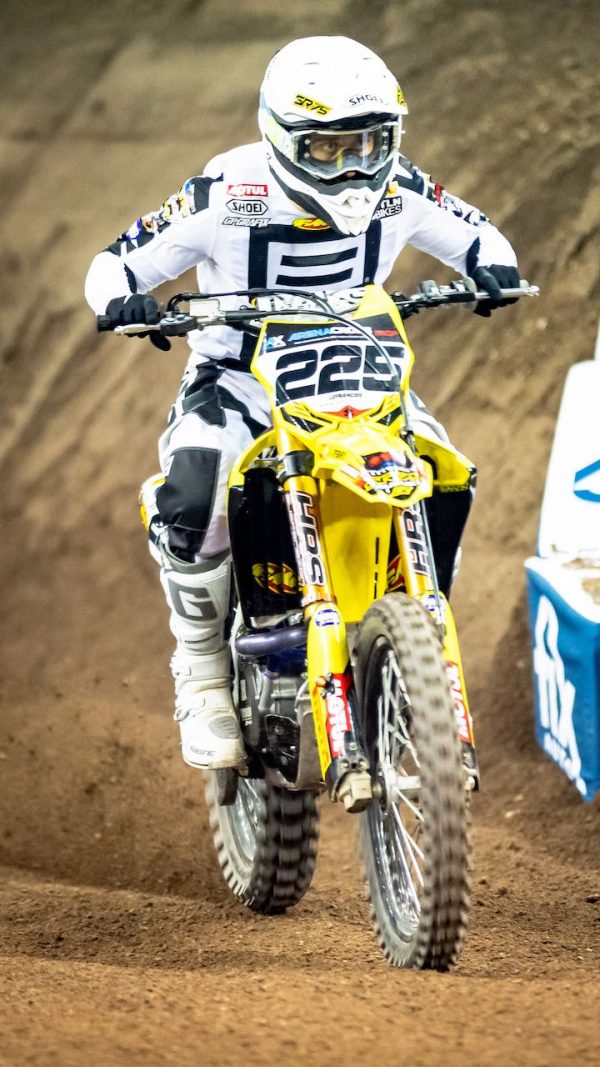 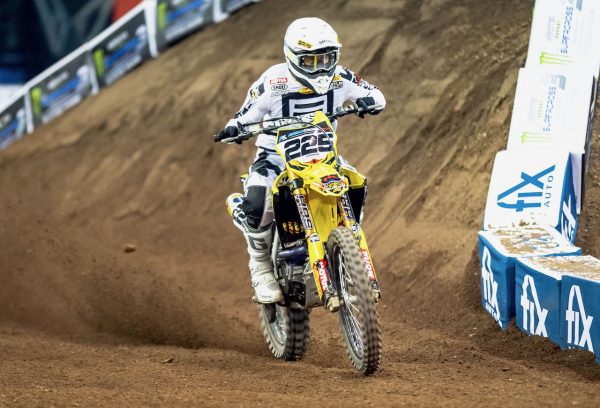 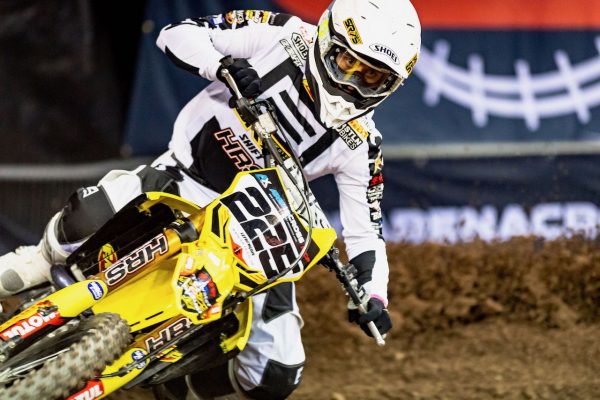 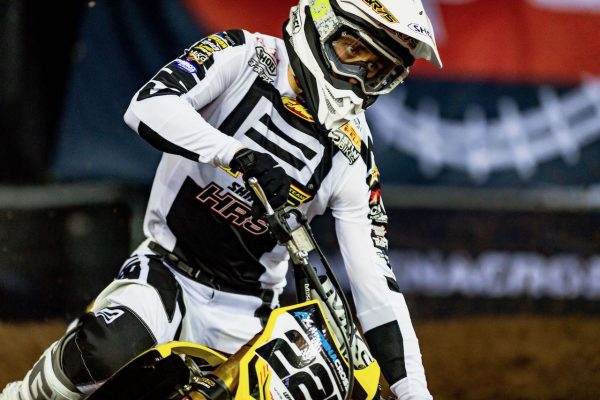 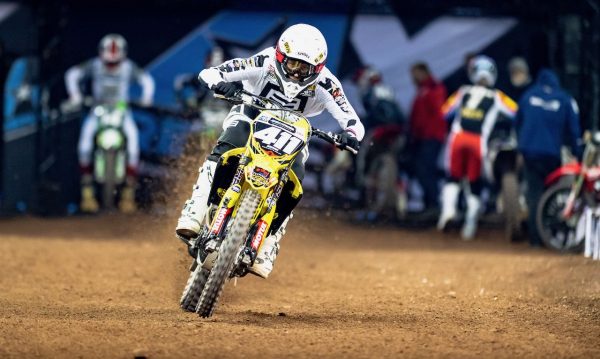 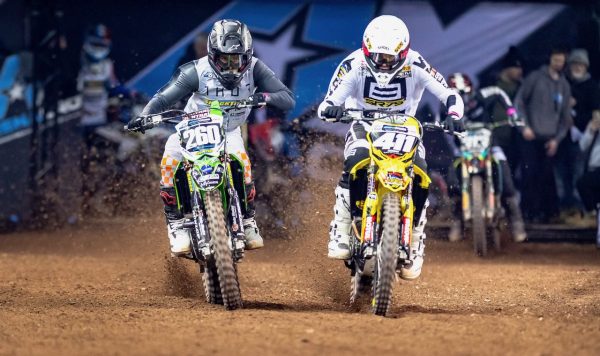 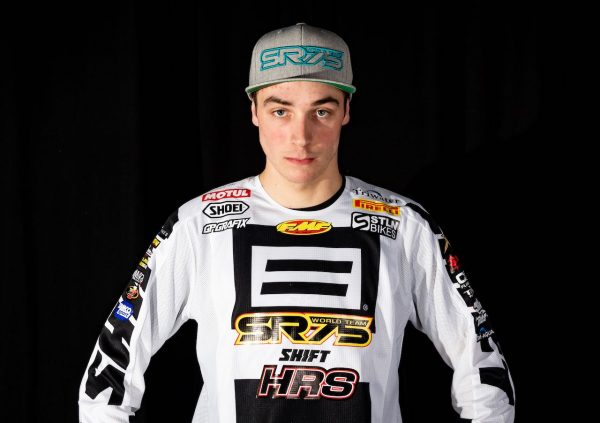 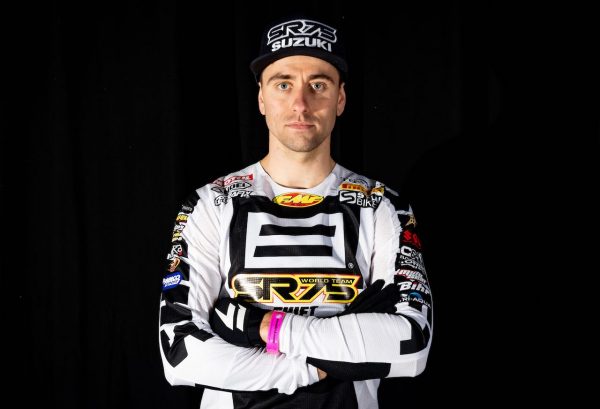 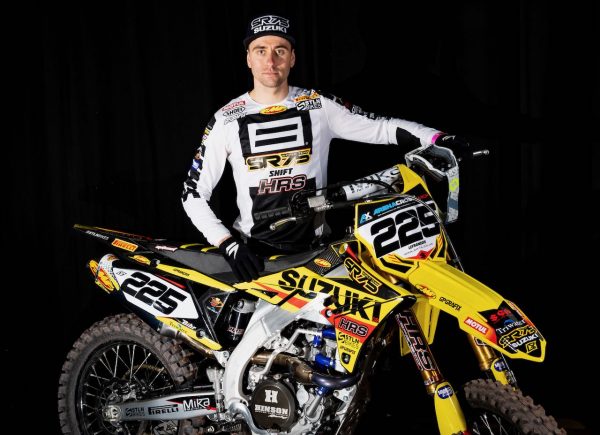 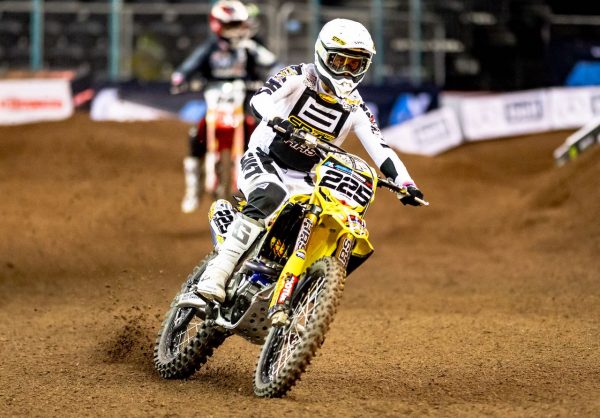 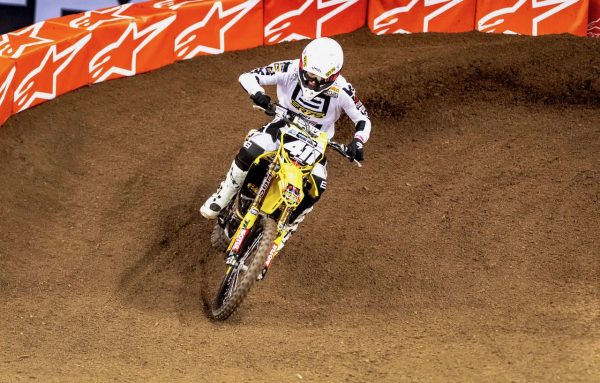 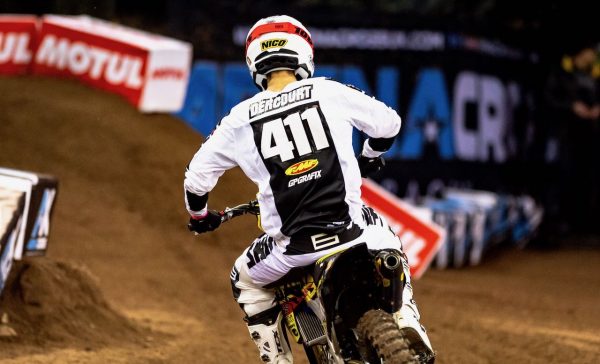